Denim Day is April 28th, Find Out Why We Wear Denim.

Denim Day is April 28th, Find Out Why We Wear Denim?

On a seemingly random Wednesday every April during Sexual Assault Awareness Month, you might notice an influx of denim on your social media feed. Selfies with denim jackets, office photos of staff in jeans. Hashtags tell you it’s Denim Day, and captions share messages of support for survivors of sexual violence. But do you know the whole story? The origins of Denim Day are rooted in rape culture. Through it, we come to understand how seemingly “harmless” beliefs and attitudes directly impact survivors of sexual violence.

In the early 1990s, an 18-year-old girl in Italy was sexually assaulted by her driving instructor. The case made it all the way to the Italian Supreme Court, and in 1998 the court overturned the previous conviction, arguing that the survivor’s jeans were so tight they could not have been removed without her help, indicating that she must have consented to the sex. The followed day, the women of the Italian Parliament wore jeans in protest of the ruling. In 1999, the organization, now known as Peace Over Violence, established Denim Day in Los Angeles. It has since grown into an internationally recognized day of protest. Our denim symbolizes our solidarity with survivors and our rejection of the harmful behaviors and beliefs around sexual violence epitomized by rape culture.

Did She Ask For It?

When the court said the survivor’s jeans were too tight, it put a moral judgment on an 18-year-old girl’s outfit. It contributed to the false belief that some survivors are “asking for it” when they wear revealing or form-fitting clothing. The court’s logic is that removing tight jeans is impossible “if the victim is fighting against her attacker with all her force.” It assumes that all survivors fight back and that anyone who doesn’t must have wanted it. And the implication that any of the survivor’s actions could have prevented her assault—the clothes she wore, fighting back, not “allowing” her jeans to be removed—holds her responsible for the violence done to her.

Speak Out Against Victim Blaming

We hear comments and assumptions like those of the Italian court shared every day by friends, family, and colleagues. And it’s easy to write them off; we don’t want to cause conflict, or we aren’t sure how to address it, and, after all, they’re just words. But those words become beliefs, and beliefs fuel behaviors and inform decisions. Decisions that directly impact survivors and contribute to the normalization of sexual violence. Decisions like the one made in 1998 by the Italian Supreme Court.

The Bridge is a comprehensive crisis center that offers support, provides safety, and works to prevent domestic and sexual violence. The Bridge has an extensive community education program. To invite our education team to speak to your group or learn more about the topics offered, click here. 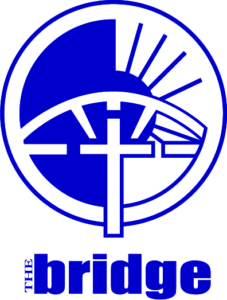