The Bridge Over Troubled Waters (The Bridge) Recognizes Child Abuse Prevention Month by lighting up their building in blue.

Many people think The Bridge is only a domestic violence crisis center, but child abuse prevention and domestic violence cannot be separated. In 2019, Texas had 242,103 child abuse and neglect investigations through the Department of Family & Protective Services. Of that number, there were 235 fatalities due to abuse and or neglect in Texas in 2019.

Domestic violence does not just affect the adult but also the child. In homes of family violence, the rate of child abuse or neglect is 15 times higher. Not only are the children at risk of being physically injured by trying to protect their caretaker, but the effects are also long-lasting due to the emotional and psychological damage done by witnessing or hearing the abuse of their loved one.

This classification of child abuse and neglect refers specifically to parents and other caregivers. A “child” under this definition generally means a person who is younger than age 18 or who is not an emancipated minor.

C.P.S. released the first of these web-based training in 2019 and released additional pieces of training every other month in 2020 to provide ongoing education on the subject.

In 2020 Harris County found 4,638 investigations determined to have a ‘reason to believe’ abuse and neglect. Do not overlook or ignore the signs of child abuse. Help us light up the city in blue to stand against Child Maltreatment and Neglect. Be the voice of change in a child’s life.

In 1978 The Bridge Over Troubled Waters, Inc. was established in Pasadena, Texas. The Bridge is a comprehensive crisis center that offers support, provides safety, and works to prevent domestic and sexual violence and an extensive children program. If you need help or have questions, call The Bridge Hot Line at 713-473-2801. 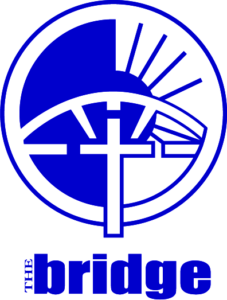